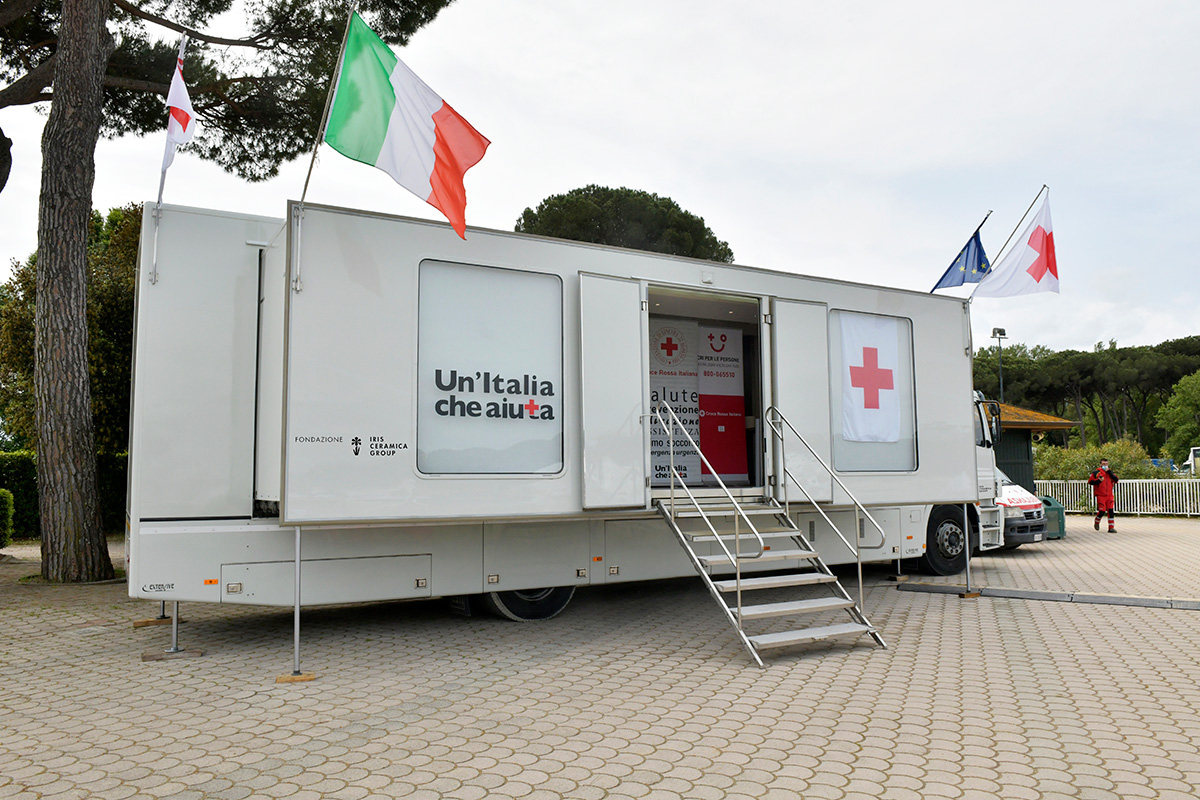 The Iris Ceramica Group foundation has a beautiful story of reconversion, which has as its protagonist the SapienStone truck, the «itinerating showroom» which has traveled the main Italian and European cities for four years, bringing Made In Italy around the world with the #AroundTheTop tour and its communication campaign «People are different and they live differently. Dress your kitchen.».

It all started in 2016 when, to launch its brand specialized in kitchen countertops supplied by Matimex, the Iris Ceramica Group holding bought a 12x5,6 meter truck and equipped it with two innovative  SapienStone countertops in porcelain stoneware with integrated induction which allowed cooking right on its surface. The objective was to start a conversation between different cultures regarding the many ways of living in the kitchen space.

After having traveled thousands of kilometers between Naples, Milan, Berlin, Munich, Lyon, London, Birmingham, Lisbon, Barcelona, Madrid, and Valencia, the truck has been donated to the Italian Red Cross Foundation as a special means of transport to improve health assistance. Within its functions, it will also serve as an assisting element in the campaign providing medical assistance to those affected by COVID-19 as well as the vaccination campaign against that same virus.

The SapienStone truck’s new life started on Saturday, May 22nd, in the San Rossore Park of Pisa, where it was used for emergency assistance and support during the Longines FEI Endurance World Championship 2021, the world championship for equestrian endurance which this year has seen horses and riders of 35 different nationalities, representing 5 continents competing in a 160km run inside the building.

We will continue to follow our nomad vehicle closely, resting assured that it will have many more new stories to tell.